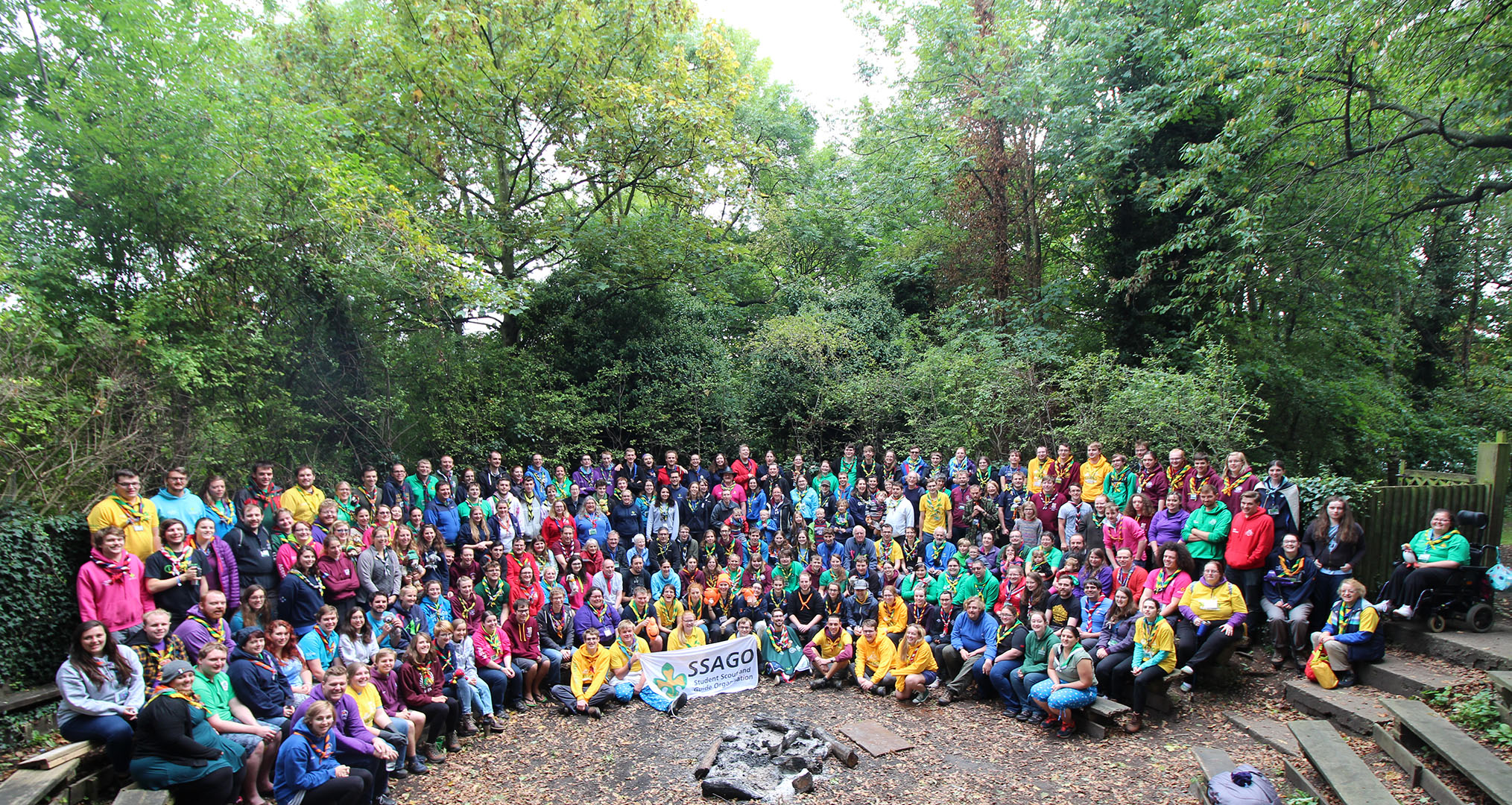 SSAGO celebrated it's 50 year birthday and anniversary by hosting a Reunion at Scout Park in London, bringing together past, present and future members of SSAGO for one giant celebration in the traditional SSAGO style.

After hours of setting up and getting the site ready, people started to arrive and the campsite became covered in tents and exciting. The evening started off with everyone catching up with each other, playing some games, gathering around a campfire and a truly devious quiz. Stories and laughs filled the hall, helped with some nice drinks from the bar and fueled by jacket potatoes for dinner. 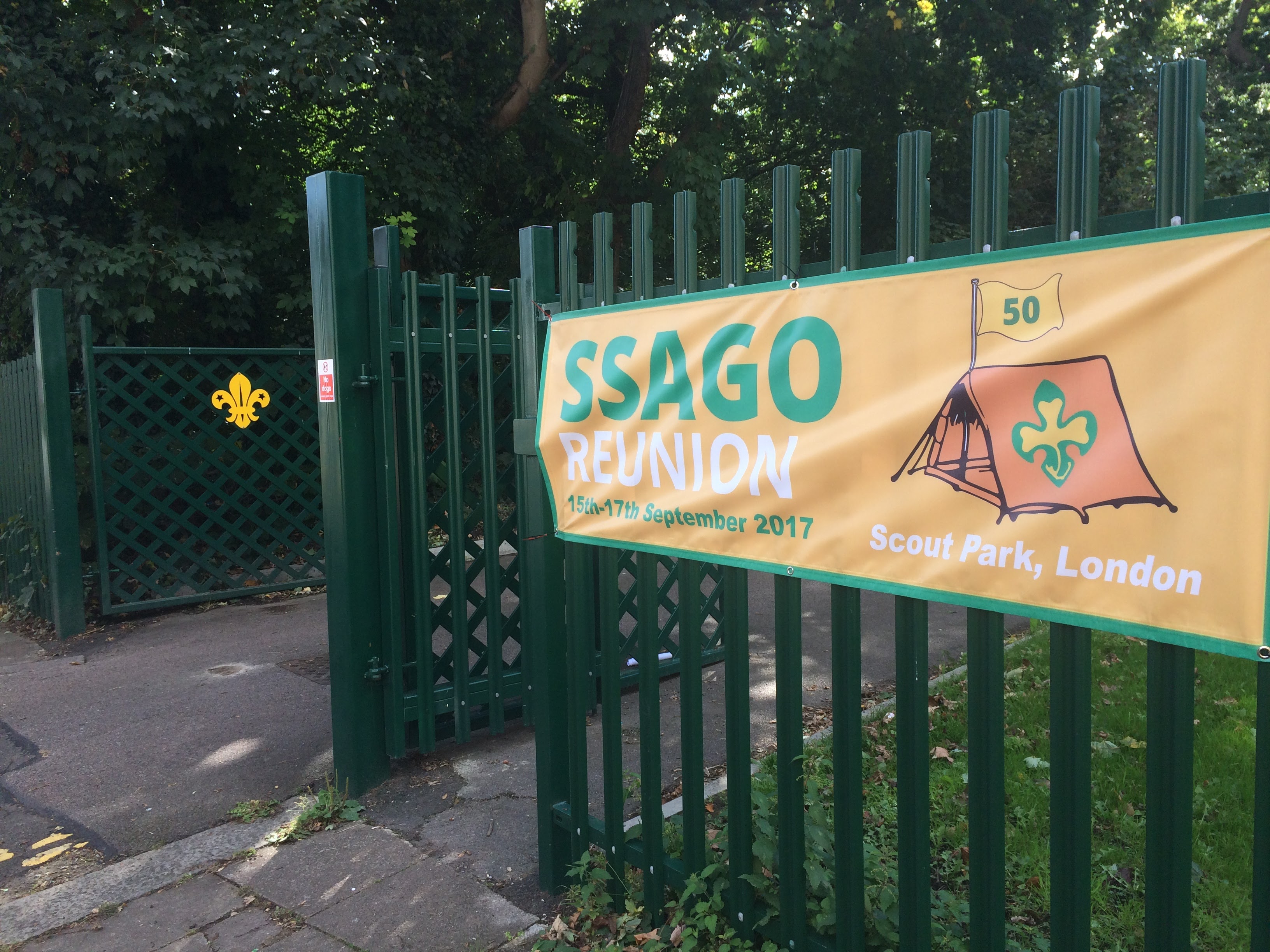 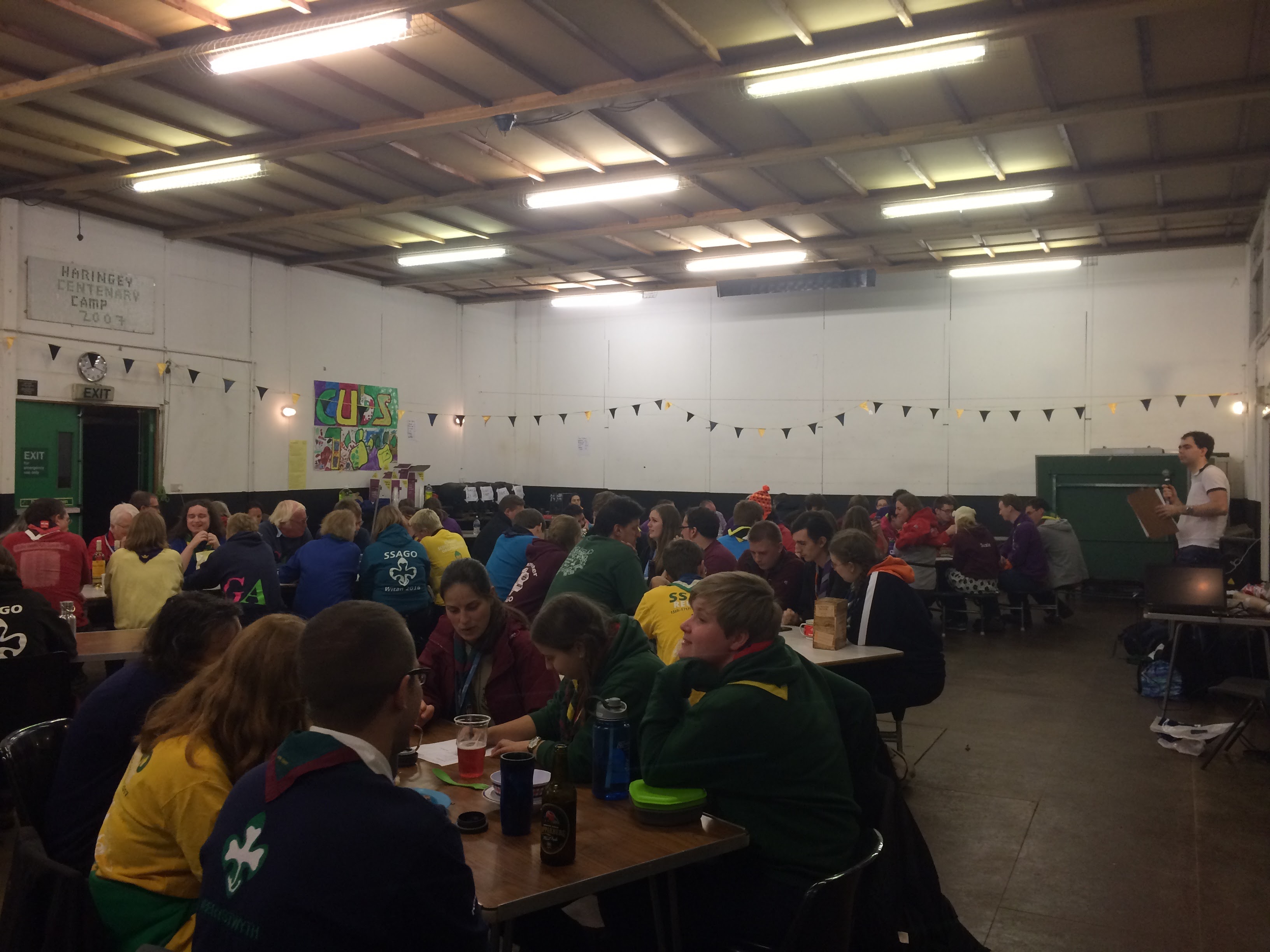 After a full breakfast, Saturday morning began with the opening ceremony, and speeches from Joshua Smith and Em Reed, the chairs of SSAGO and SAGGA and our special guest and UK chief commissioner, Tim Kidd, who came to celebrate with us. 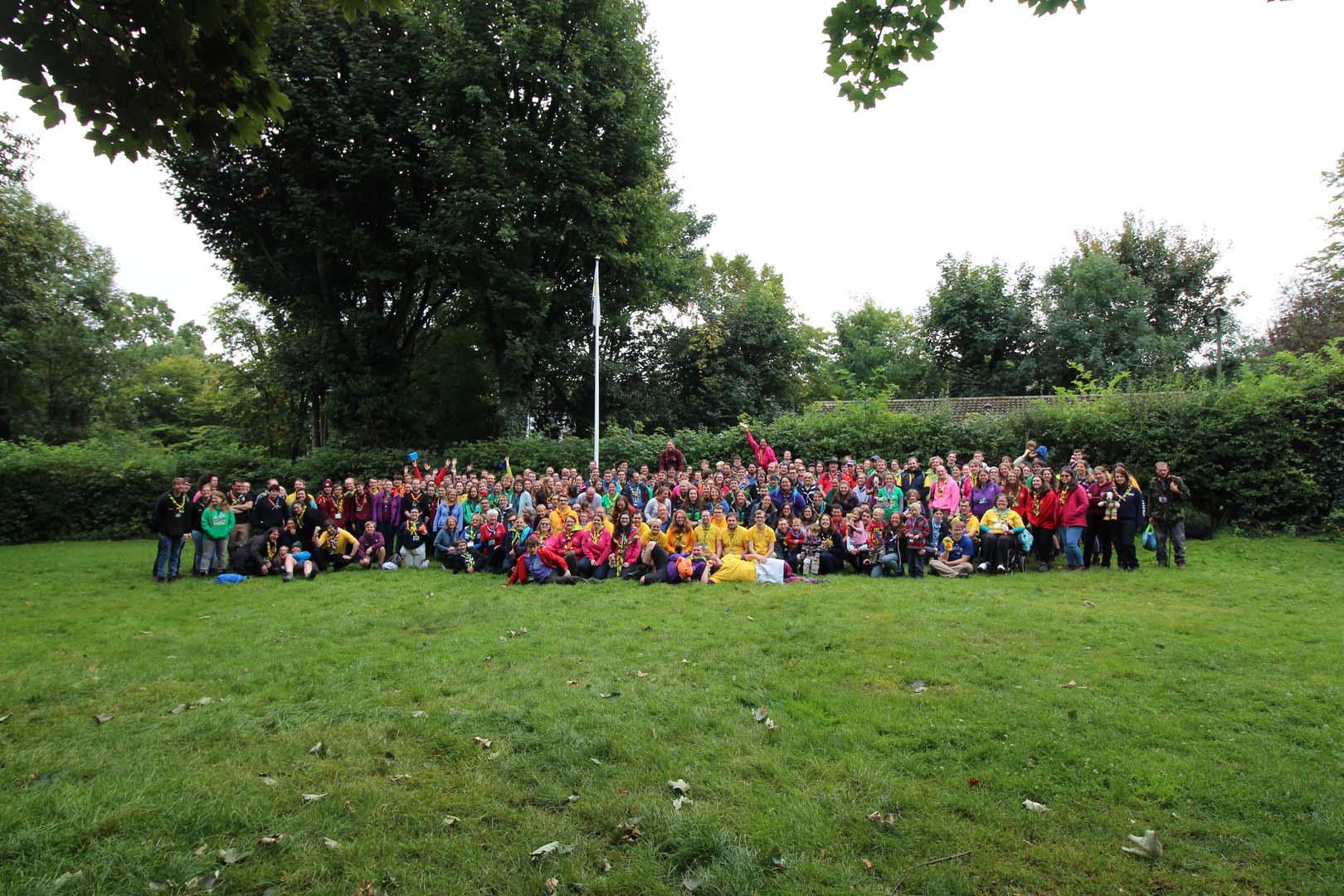 From there, the entertainment kicked off, with some people going off site for treasure hunts, taskmaster, escape rooms, museum challenges, pub crawls and brewery tours. Others stayed on site to enjoy a selection of traditional games, craft, lockpicking, woodwork and storytelling. 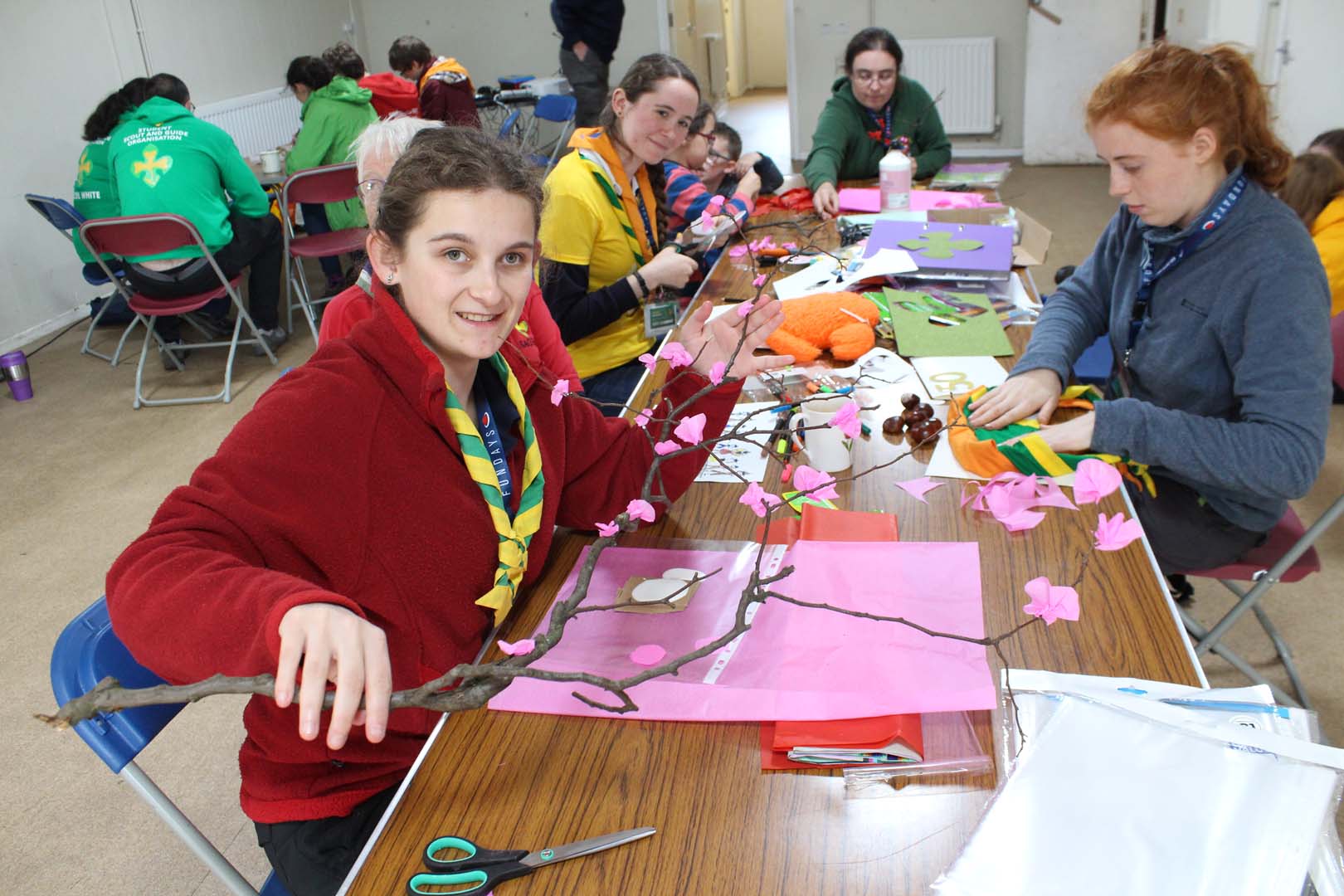 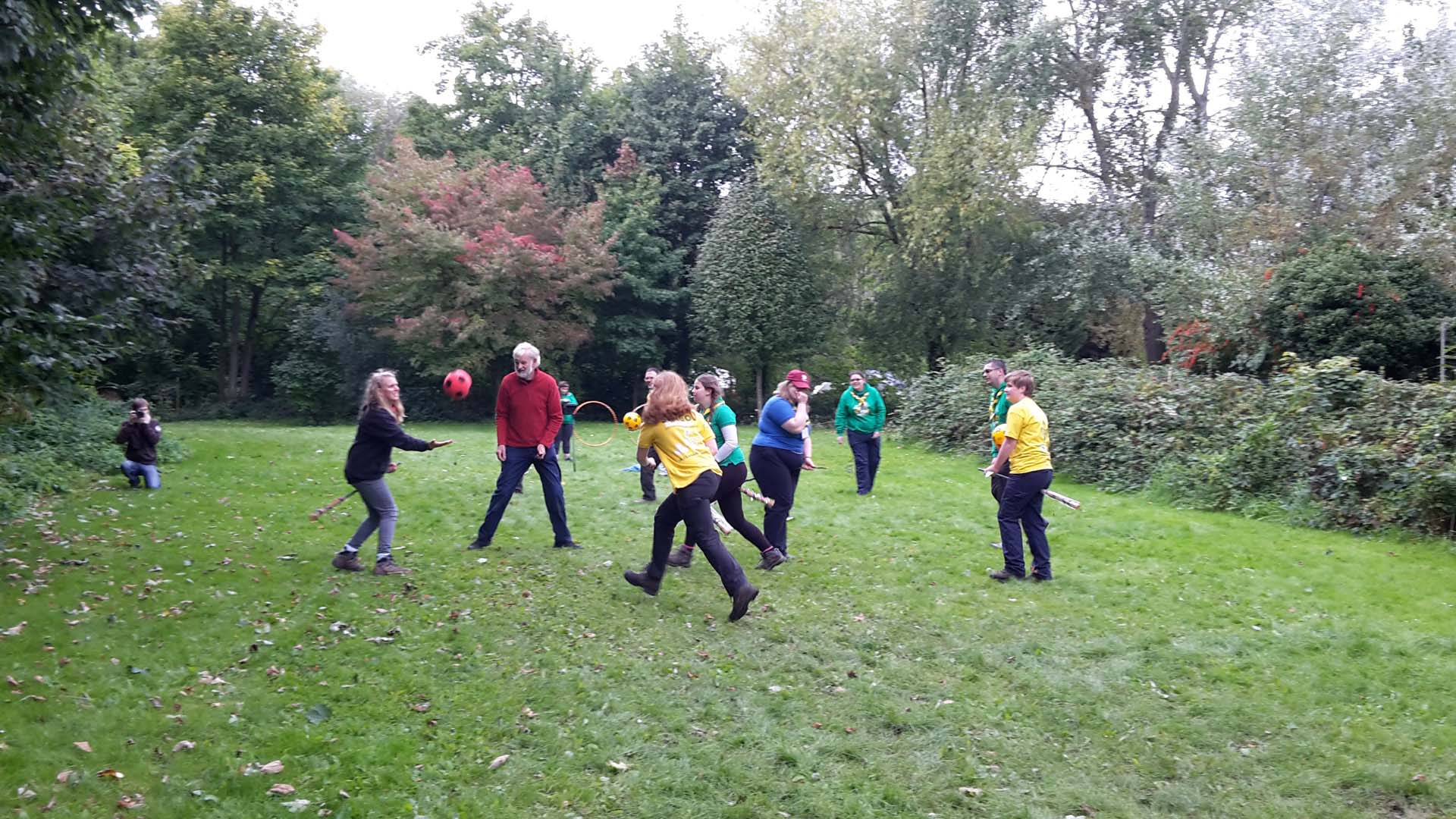 As the day went on, SAGGA kindly provided Pimms on the Grass, while we found out if SSAGO had talent, who the task masters were and whether SSAGOers playing quidditch could ever find the Snitch darting around campsite. Following dinner, the evening kicked off with the ceilidh and the silent disco, sometimes evening mixing and both with the usual levels of dancing abilities from SSAGO members. Those not dancing could be found around the campfire, or enjoying the games shows or just the joys of cheese and wine as the night fell and people moved to their tents after a busy day, or to the silent Cinema to see whether the Scouts could indeed beat the zombies. The giant SSAGO birthday card was passed around and soon filled up to capture all the people who SSAGO itself had captured over the years. 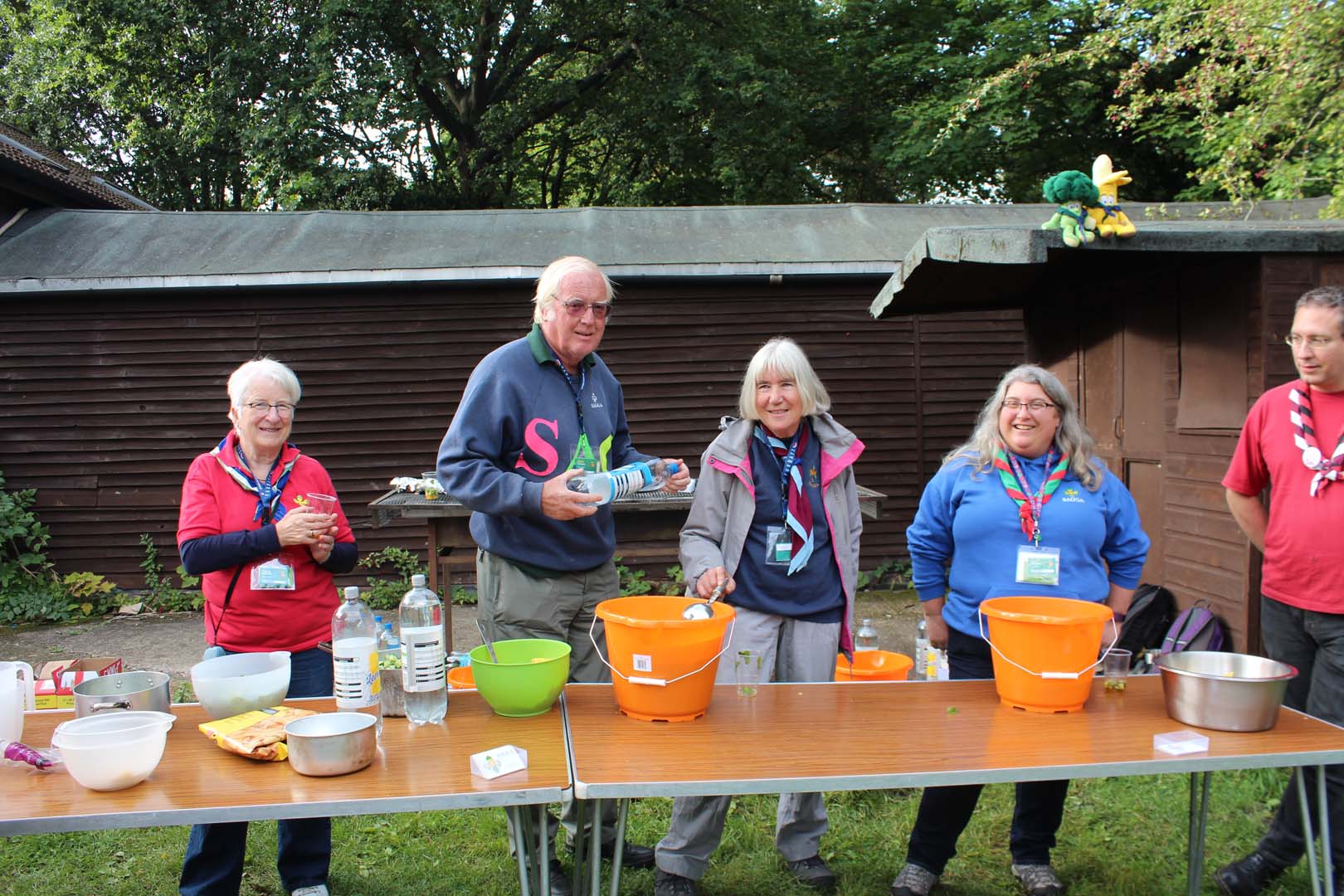 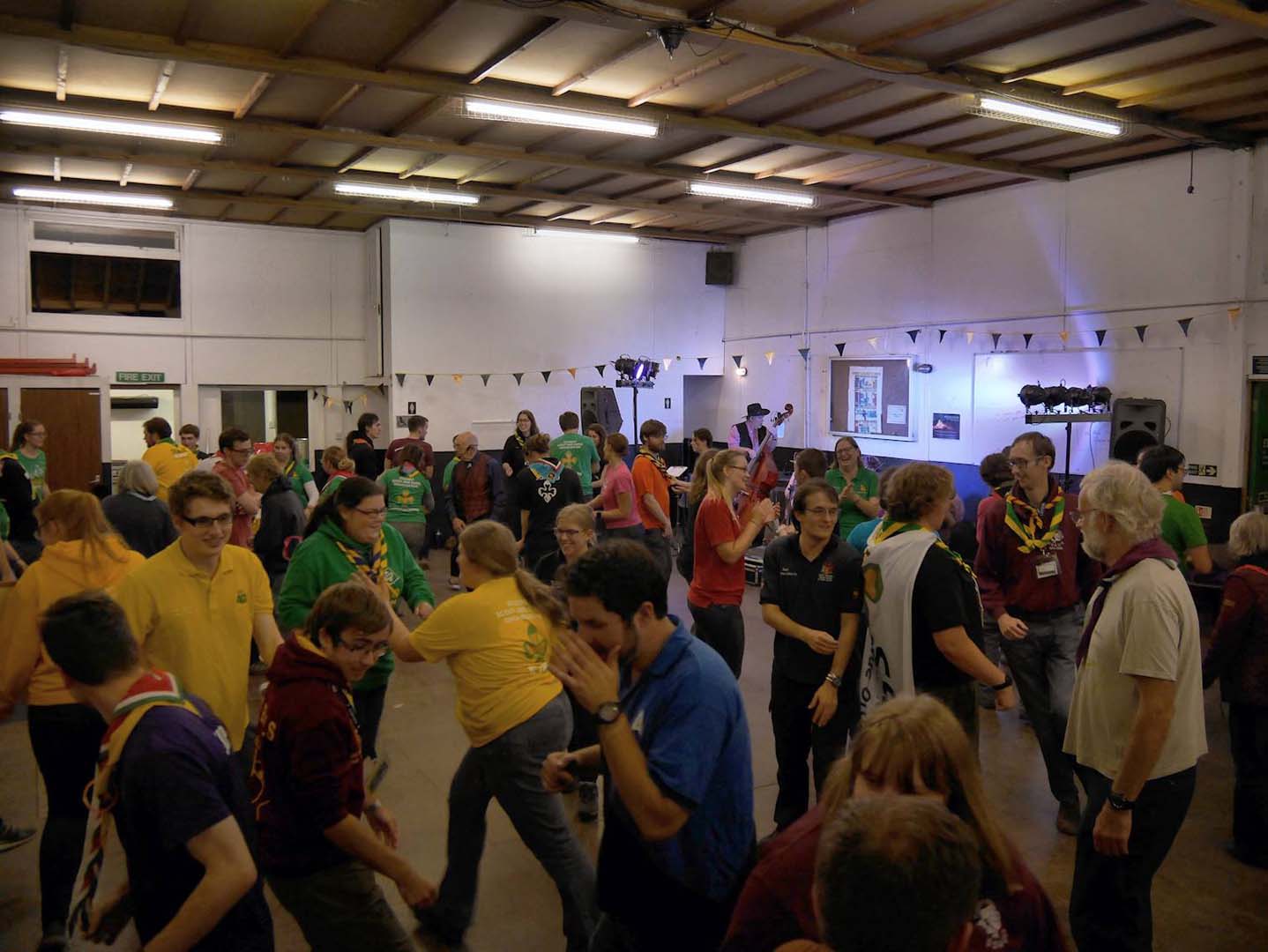 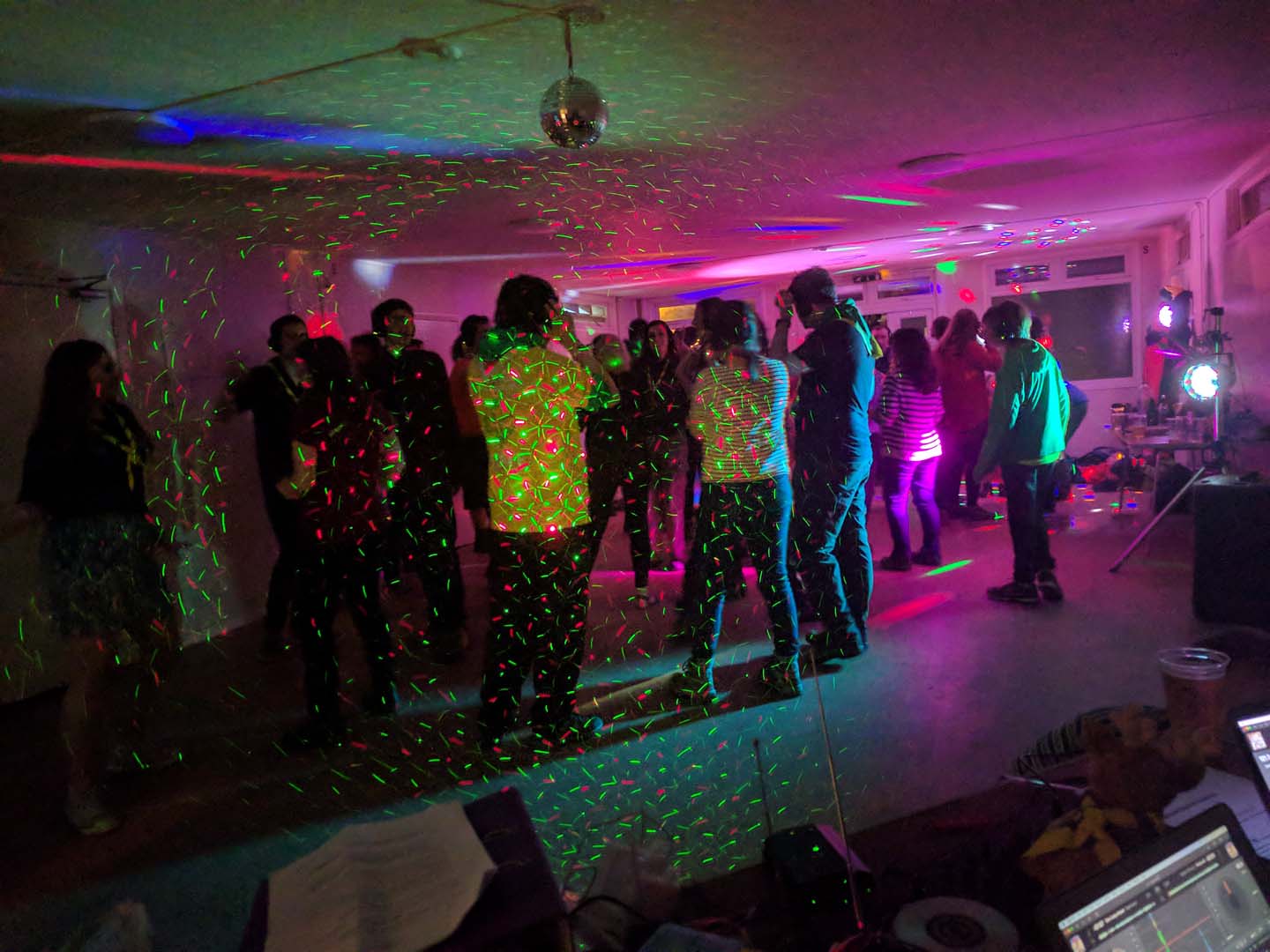 After few too hours of sleep, Sunday began with another full breakfast and a Scouts Own at the campfire, reflecting on people's own journeys and adventures. After gathering around for a final Reunion photo and filling the campfire circle, the Reunion Tournament began with all kinds of games and bases, along with the classics of archery, climbing and shooting and even some fencing! Meanwhile, the Archive Exhibition was taking place, showcasing the history of SSAGO over the years with a great selection of artefacts, stories and a timeline to where we are now. 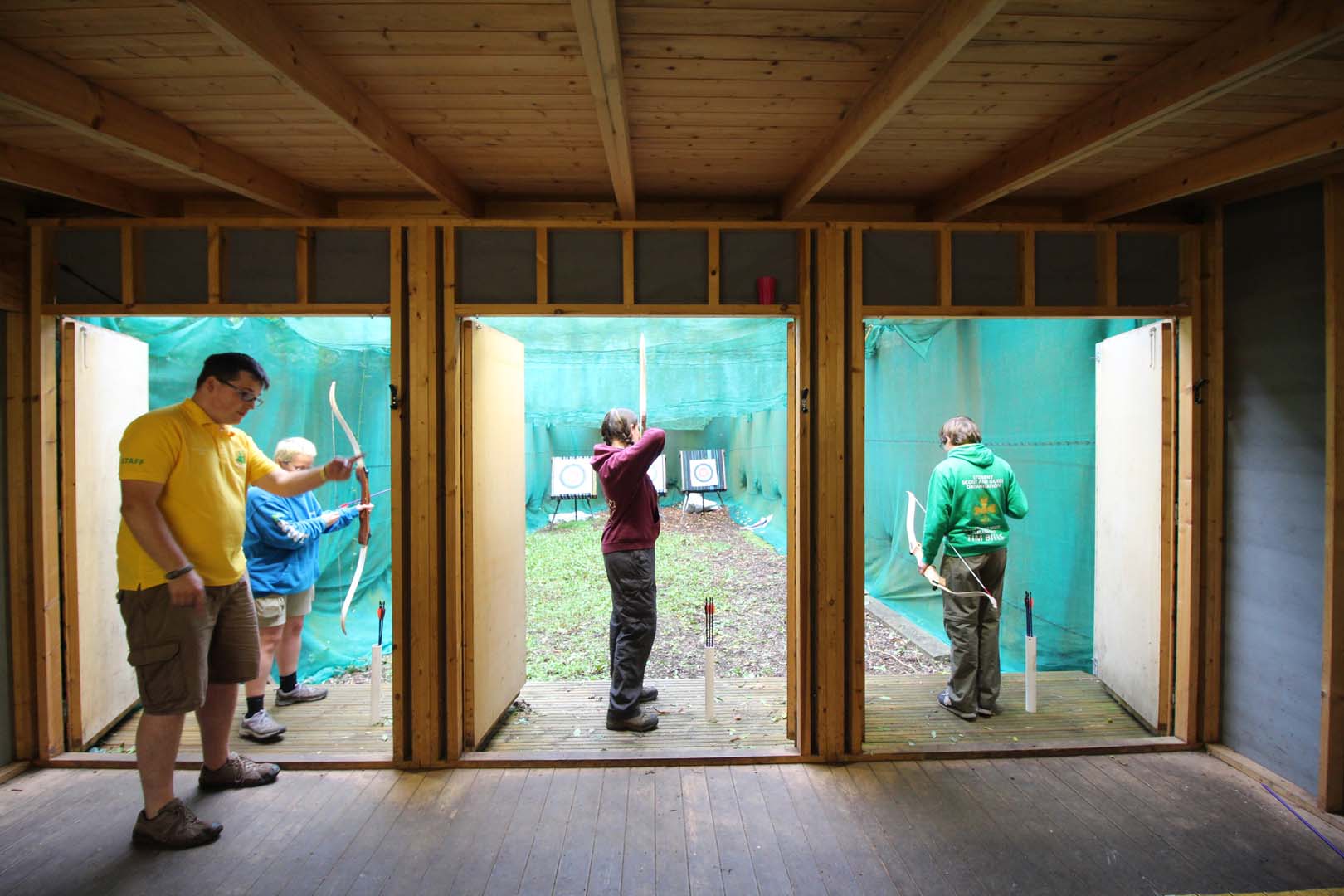 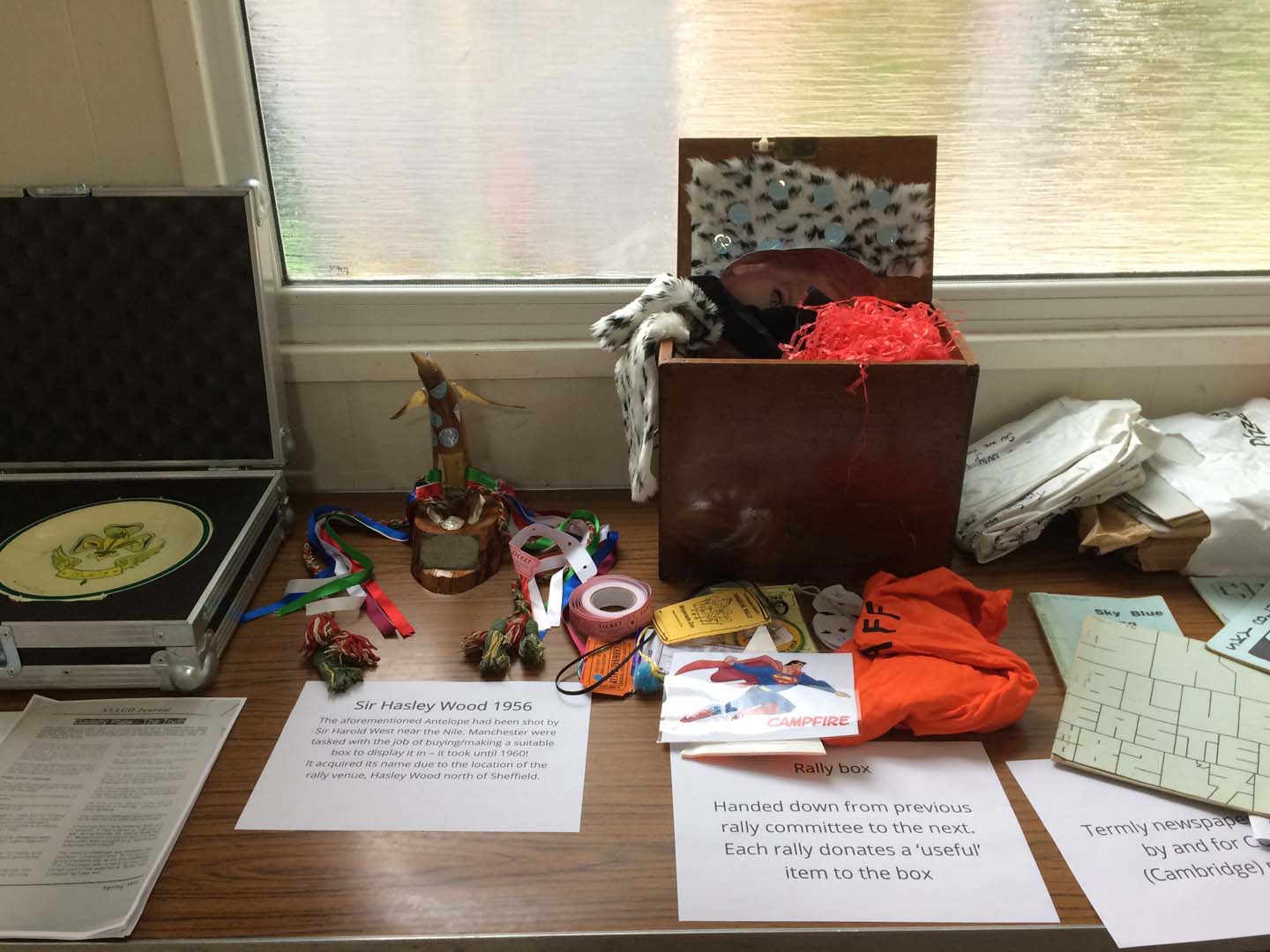 Following the tournament, people turned to enjoy the inflatables, whether fighting each other in the Sumo suits, doing the bungee run, or bouncing on the castle to show that we are still the children we always were. Behind the inflatables, The Gadaffy plate challenge took place, with Nottingham challenging the Exec to a cart race, but once again, the Exec prevailing. The village fete saw Joshua take to the stocks to receive some wet sponges and gunge while people enjoyed some table tennis, guessing the amount of badges in the jar and contributing to the SSAGO guest book and quilt. 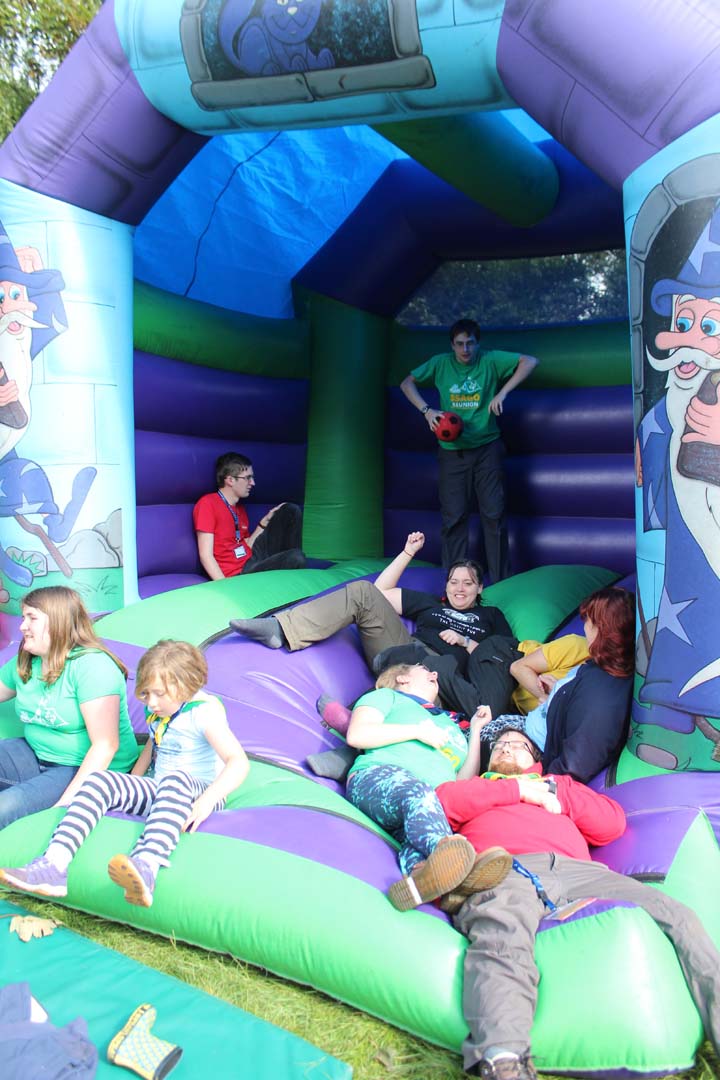 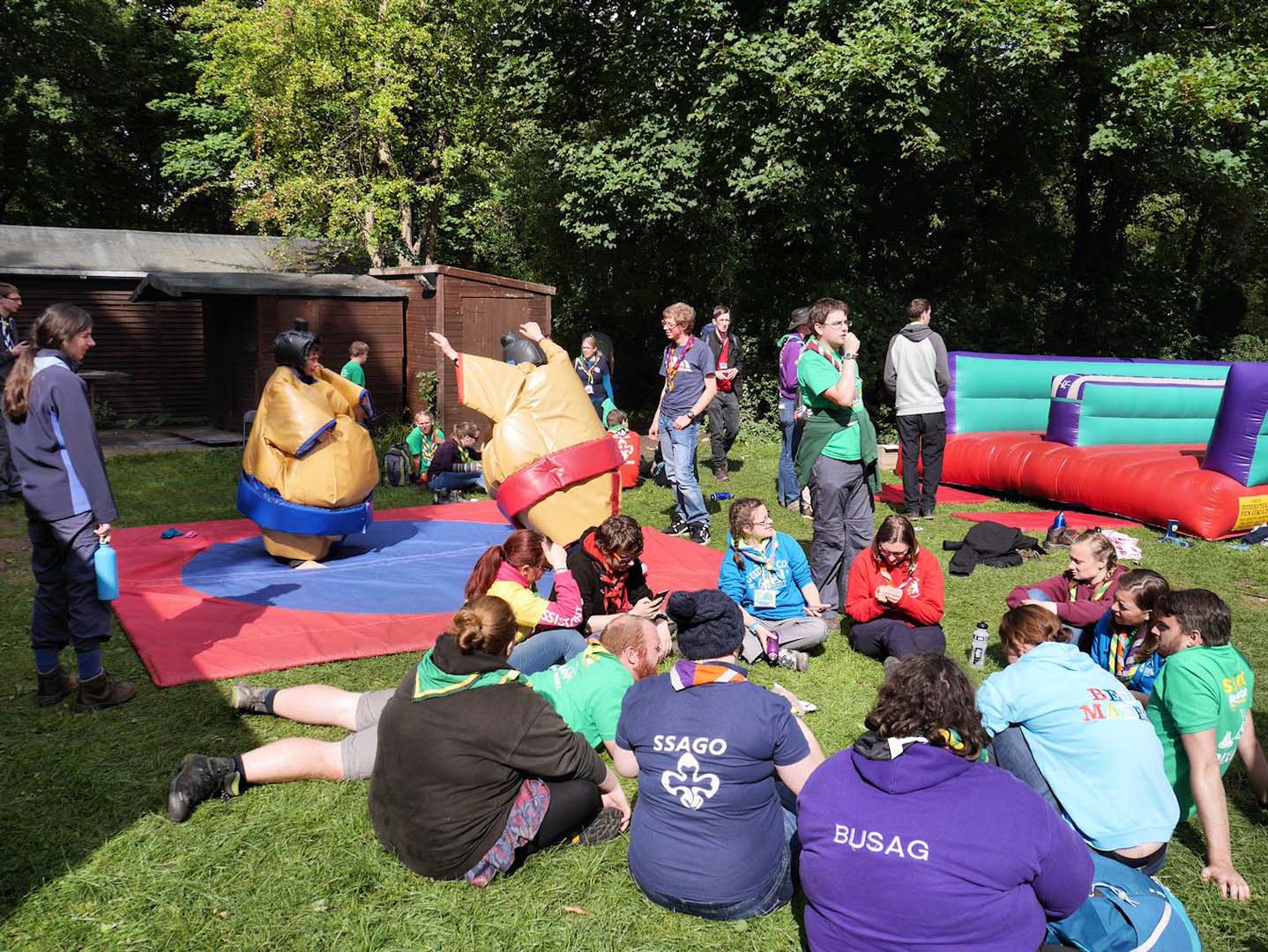 As the closing ceremony began and we said our goodbyes and thank yous, it truly hit what an amazing and truly special organisation SSAGO is, made what it is by all the people standing there in that circle. Reunion as an event planned, organised and run purely by volunteers, the amount of people who volunteered as staff over the weekend and gave up a little of their time to make Reunion such a success. To everyone who travelled and camped and took part in this amazing weekend, we hope you enjoyed it! 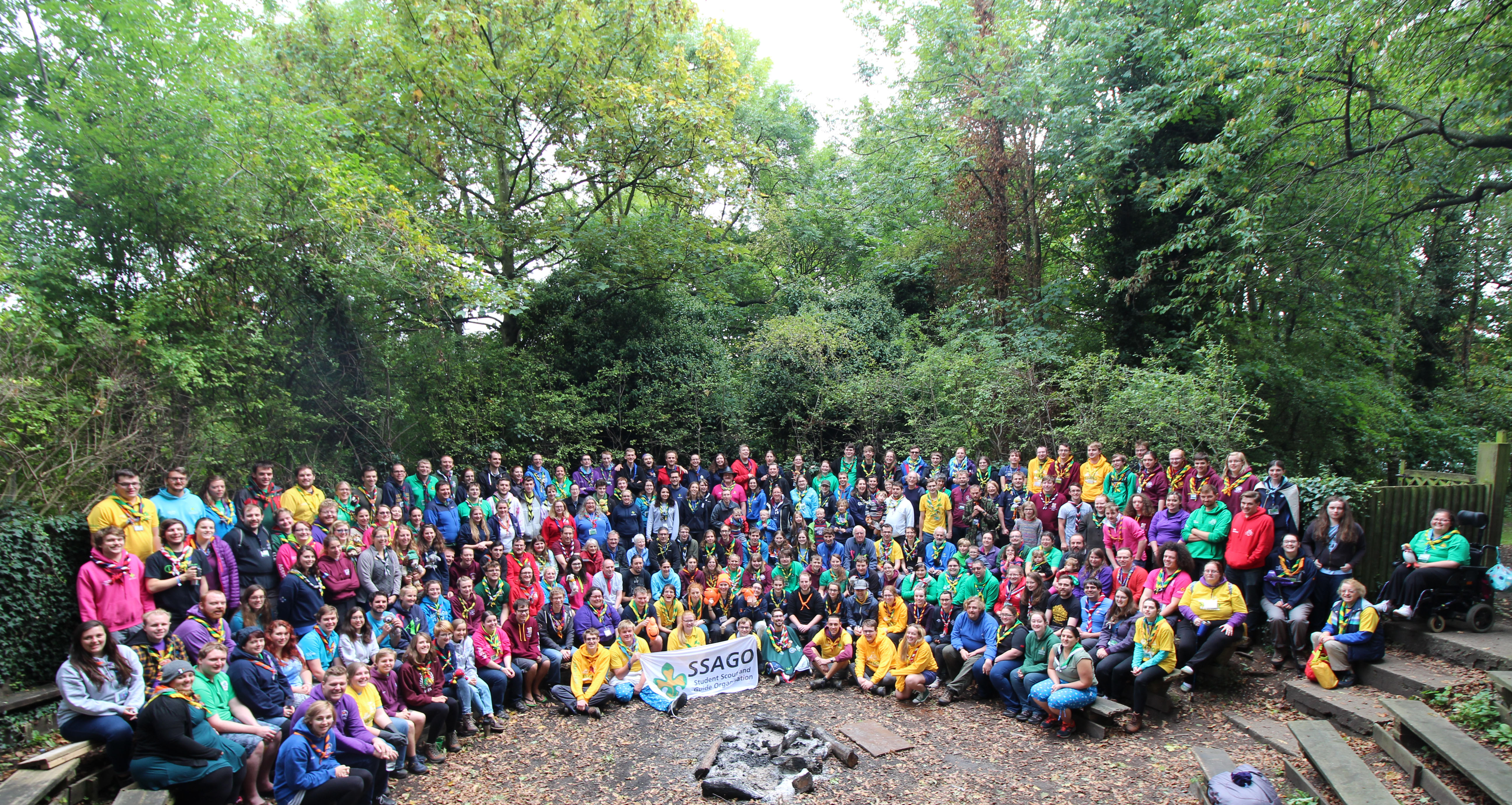 Happy Birthday SSAGO, and see you at the next Reunion!

If you want to take a look at the full selection of pictures, these can be found in the Reunion Photo Gallery.