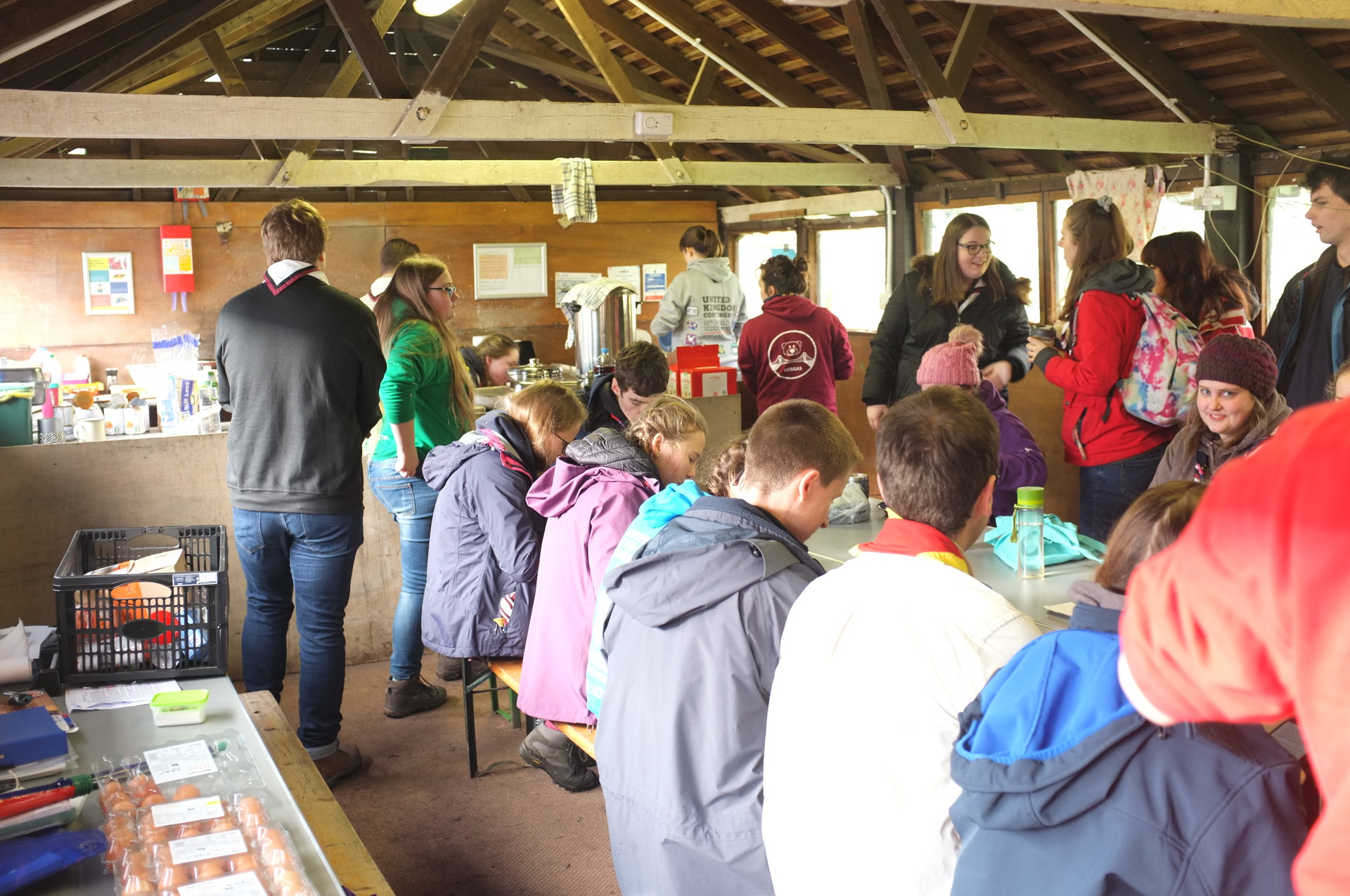 This year was the 35th time that Kohoutek competition for scouts and guides has run and was a brilliant day themed around dinosaurs which saw teams challenged to 20 varied bases and scored on their success at each task.

One dark and stormy night (Sunny weekend) UOBGAS with help from UWE and Plymouth SSAGO members came together somewhere over the rainbow (Woodhouse park) to run another year of the brilliant Kohoutek competition for over 200 scouts and guides from across Bristol. Kohoutek founded a long time ago in a land far far away (actually in Bristol in 1973) by a group of students studying in Bristol at the time. The competition was named after the Kohoutek comet which flew overhead the eve of the first competition. Over years the competition has changed greatly from the origin which was primarily based on cooking bases which each lasted around an hour, to today where the activities ranged from launching water rockets to climbing through a rope maze.

Back at the start of the year 5 UOBGAS members came together to start the marathon of organising. Many meetings later the weekend of the competition arrived. Lots of the volunteers gathered on the Friday night for a hearty meal then quickly to bed in preparation for the next mornings early wakeup. The smell of bacon and eggy bread made it slightly easier to get up and set up the 20 bases before everyone began to arrive at 9:30. Set up included filling hundreds of water balloons to be catapulted at one of the bases, however our efforts were sadly not enough as many more had to be filled throughout the day. 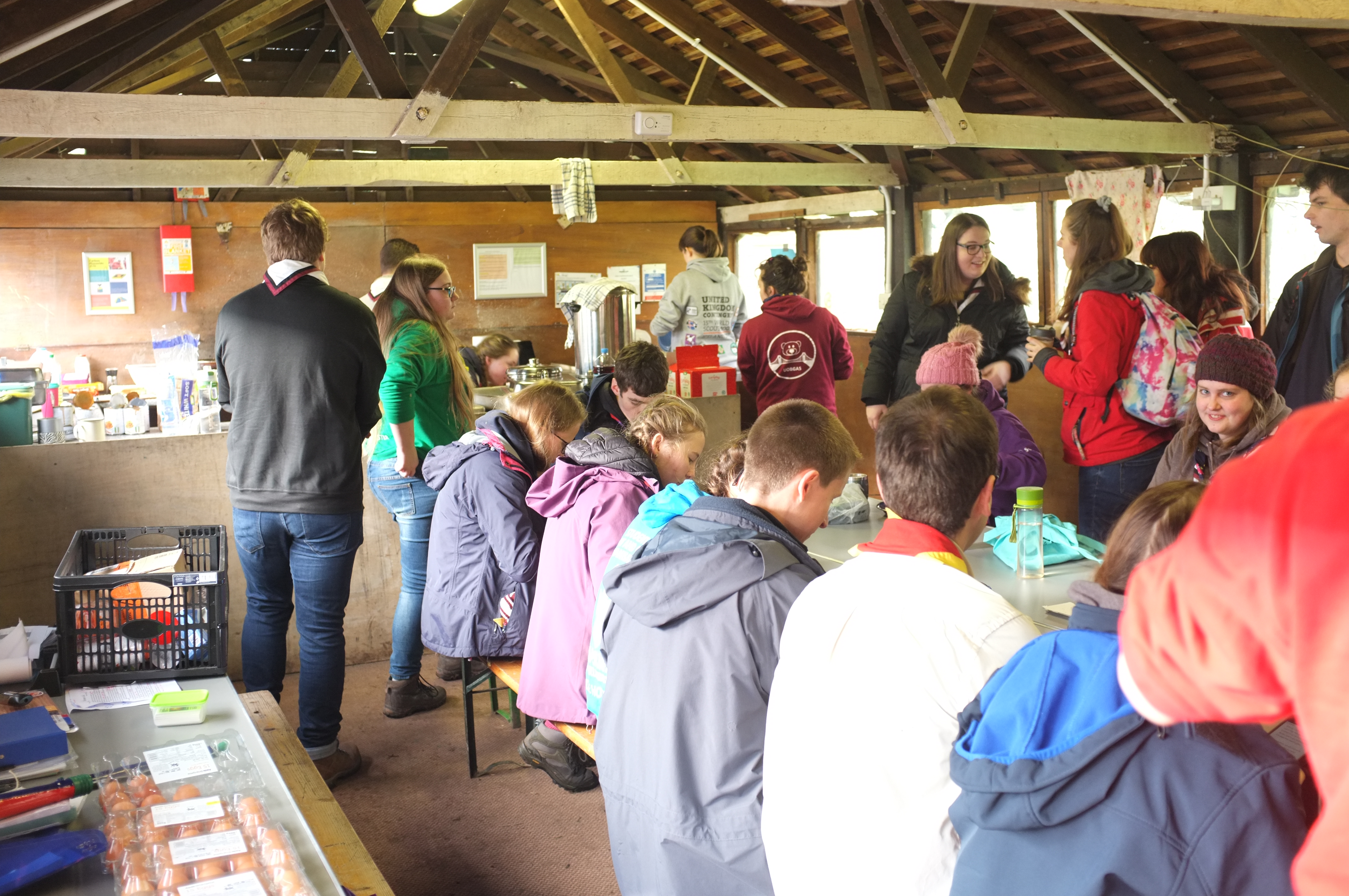 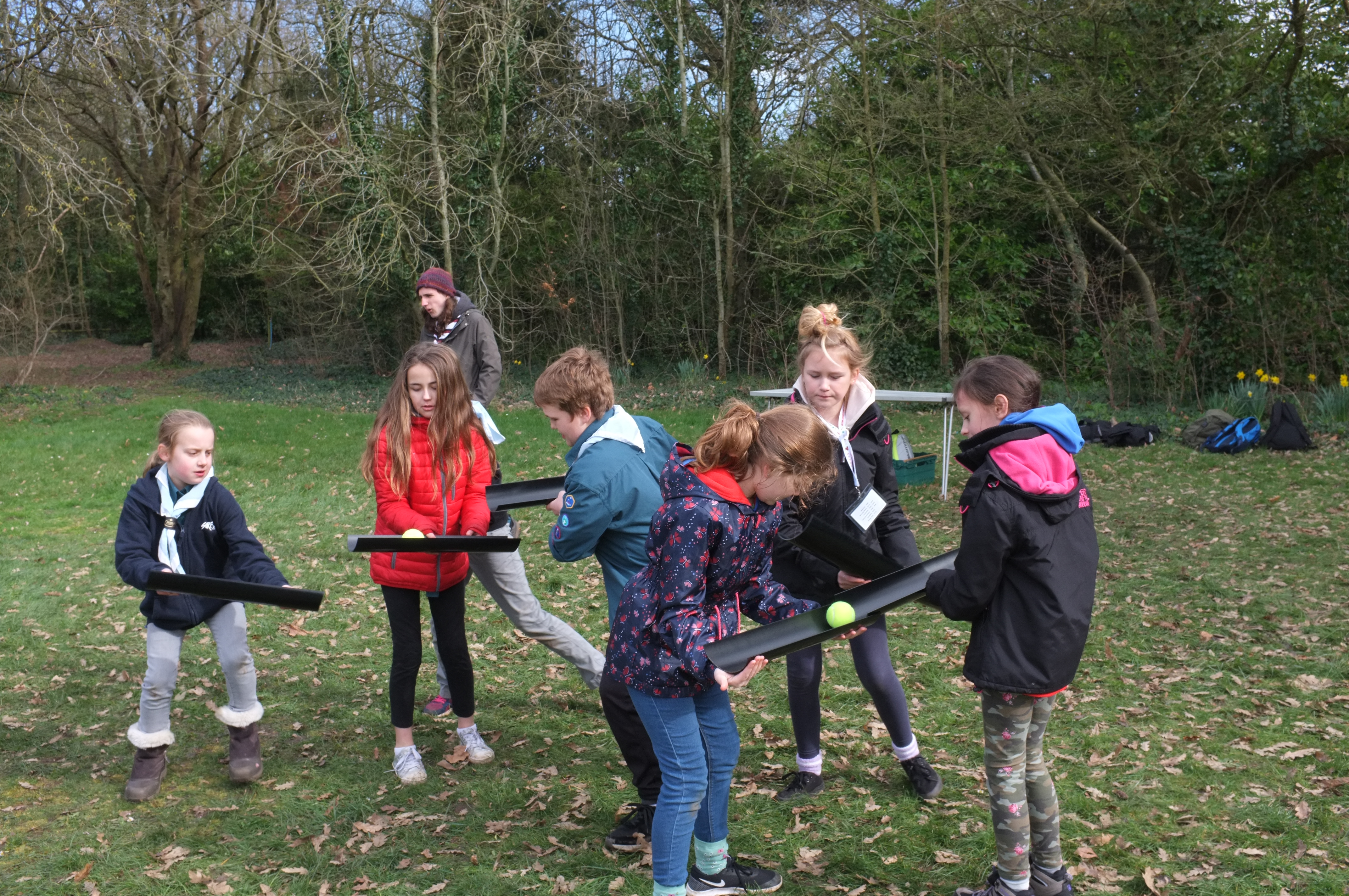 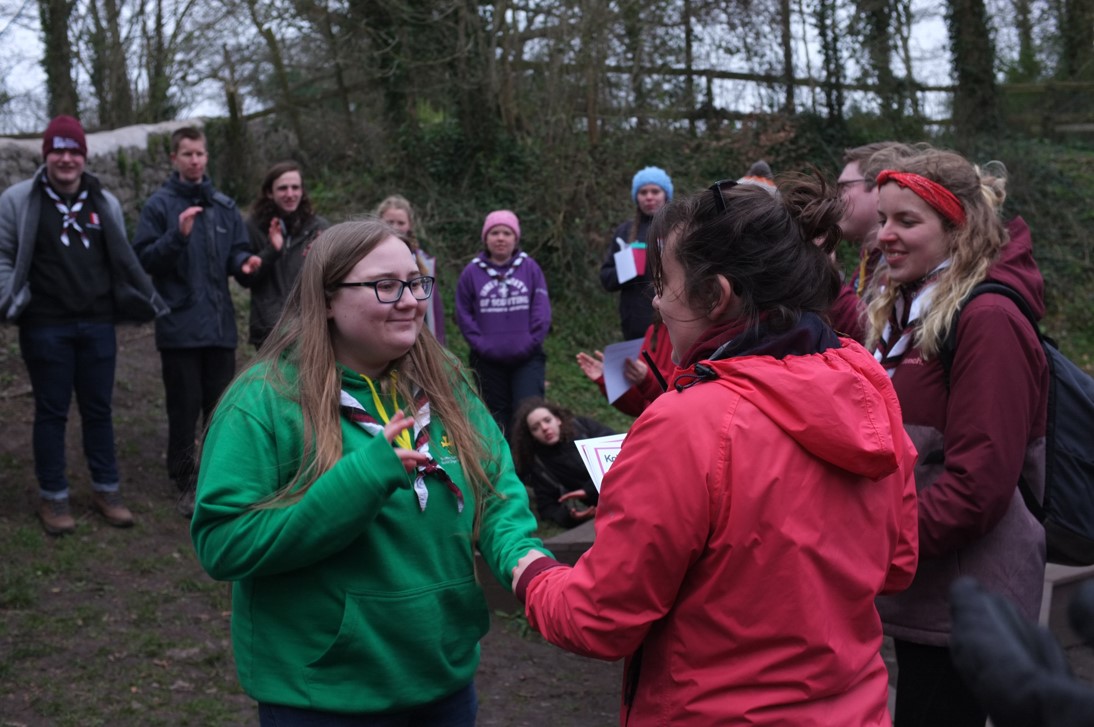 This year’s competition had a theme of dinosaurs as it also had also been in 1997 and so many of the bases were themed around this, including constructing 3D models of dinosaurs. As an extra challenge each of the teams were also given an egg which they had to protect throughout the day to earn bonus points. Many of the teams gave their eggs names including Eggbert and Shelley. As the competition got underway the teams gathered round the bases to find out what they would be doing. There was great excitement as a dinosaur came running around the field to collect score sheets in between rounds. 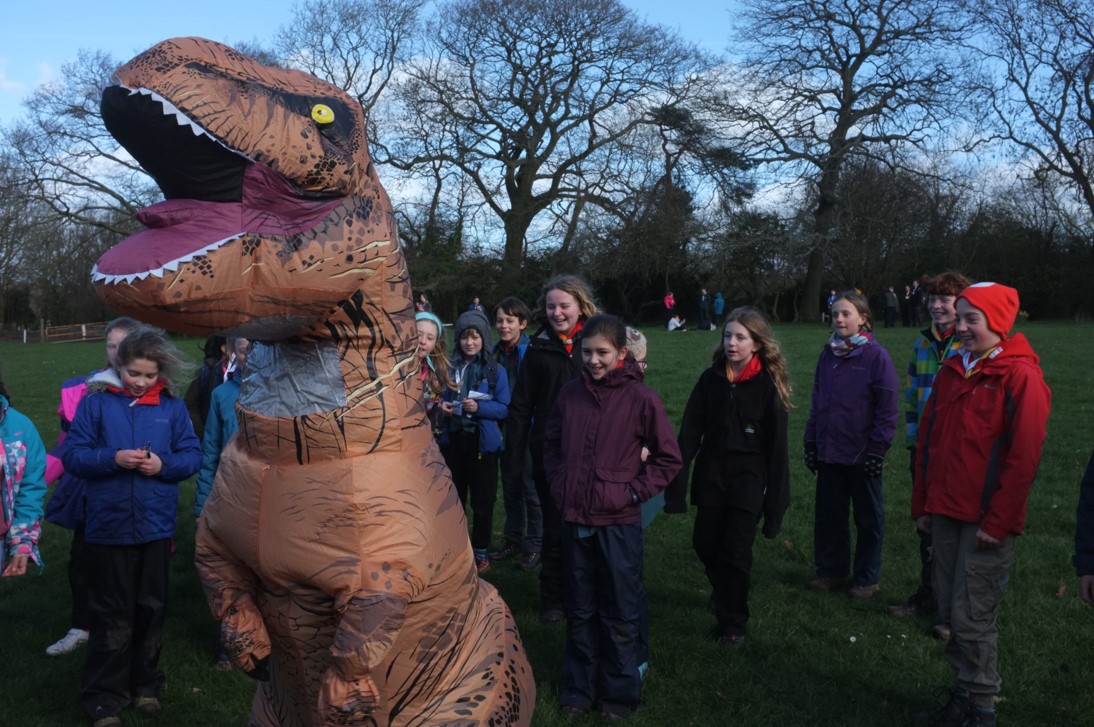 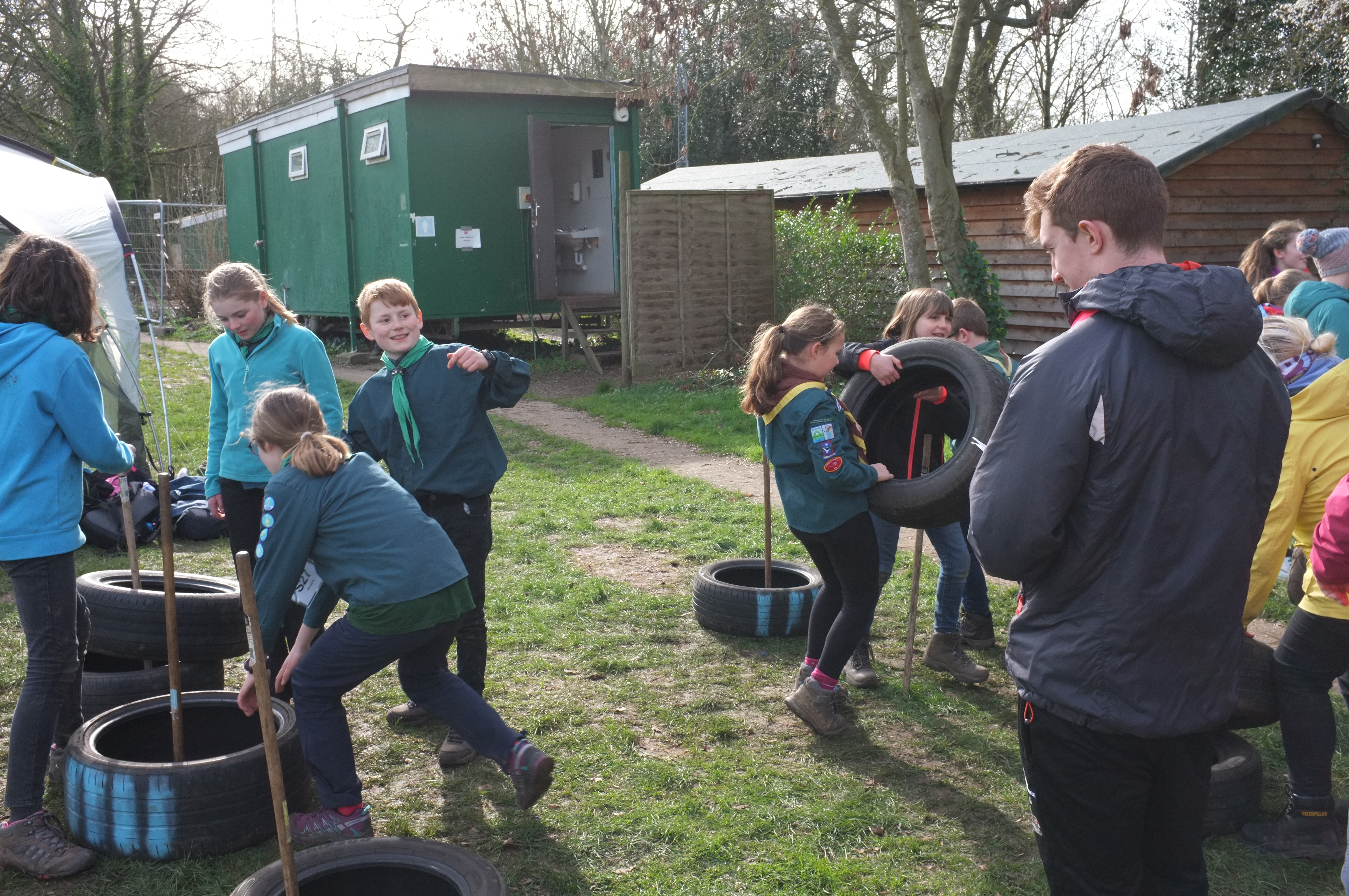 As this was the 35th time the competition had run, one of the founders Gordon Dutton travelled down from Glasgow to wish us well. This was great as he was full of stories and told us all about the origins of the competition. He also carved us a giant wooden spoon, an exact replica of the original trophy, to be a special teamwork prize.

The day ended with a campfire and the announcement of the winners, before all the happy scouts and guides left the site. A quick pack down followed before all the volunteers departed for a well deserved evening spent relaxing after all the hard work. 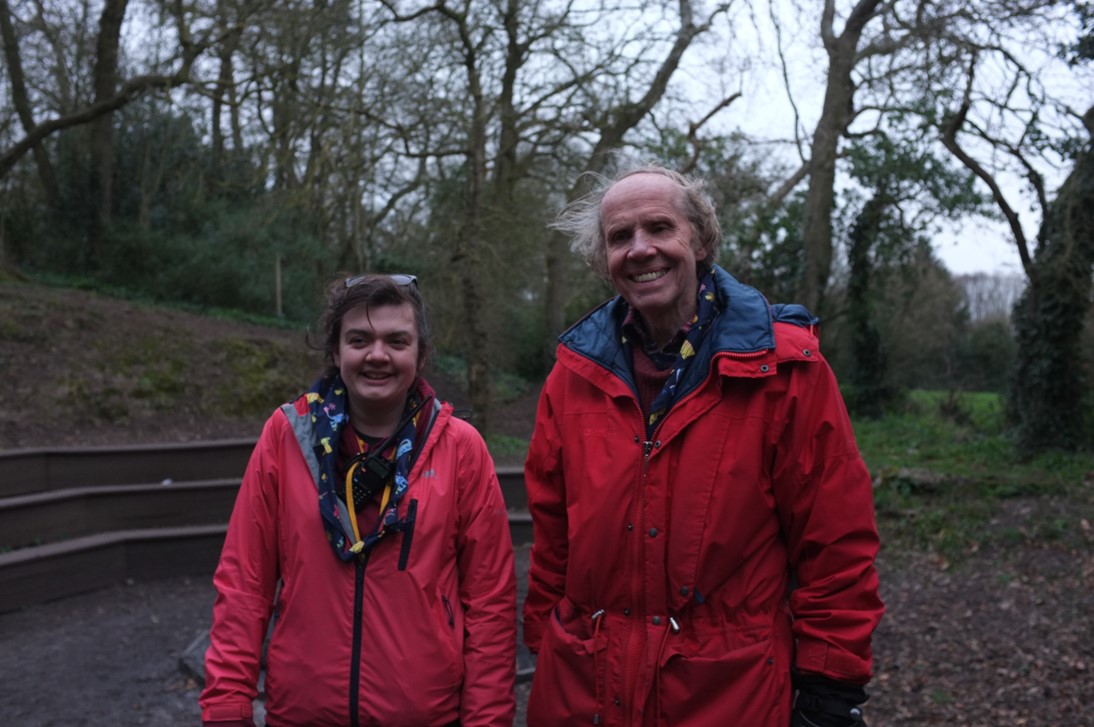 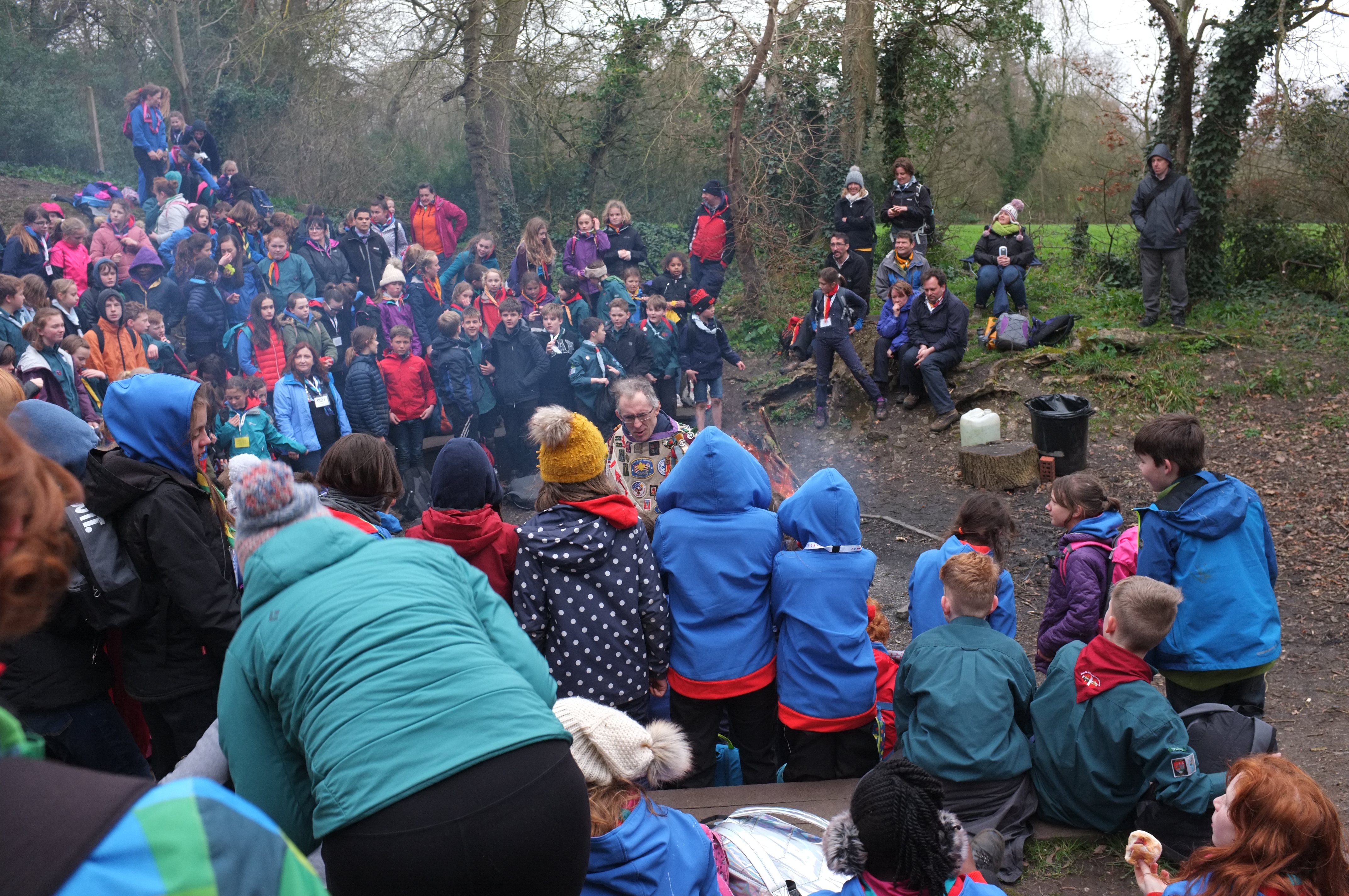 Thank you to Shona, Owen, Dom, Freya and Amy and everyone else involved for giving up their time to organise a great day.

Bring on next years competition!

Photos are credited to Patrick Sullivan